But a year feels like it deserves an update, yes?

So.  Here’s what has happened this year.

–I’ve revised.  I’ve lost track of how many rounds of revisions have happened this year.  It’s ongoing, and eternal, and I’m always jumping around fixing something.  One manuscript that originally “caught” my agent’s attention got a major overhaul after I had an “AHA!” moment several months ago and realized how to fix the thing that had never felt quite right. And you know how when you buy new curtains you then realize how badly the cushions look?  And how the couch would suddenly look better on the other side of the room, and the lamp should actually go on that other end table? And suddenly you have a room that looks entirely different just by shifting things around, and you sit back and smile? That’s how I feel about this particular piece now.

–I’ve written. Okay, duh.  But more specifically, I wrote something new.  In August I took the plunge and tried my hand at a longer middle grade manuscript. It was terrifying. And thrilling.  And a real learning experience. And it was FUN. And I’m so glad that I took that leap. That piece is now being read by a team of adults and children who I trust to give me the “tough love” feedback I need.  I also have 2 new picture book manuscripts that I’m toying with, and the beginnings of another new novel that, once again, both terrifies and excites me with its prospects.

–I’ve learned. Boy, have I learned. Some of it has been through just practice and sharing and discussing. The kidlit writing community is very giving in the sharing of their information and experiences. If you’re quiet, and you listen, there’s so much that can be learned.  But I also attended the Annual SCBWI Conference in LA last summer, and the SCBWI MidAtlantic Conference here in in Virginia last fall. And in about a month I will attend a week long revision workshop at the Highlights Foundation site in Pennsylvania, an experience I am absolutely giddy over. But my biggest lesson, one that I think I’ve finally, finally accepted, is that it’s okay to write really crappy stuff. Because sometimes that crappy stuff evolves into something good. Or, sometimes it remains crappy and I vow to never show it to anyone. It’s 50/50 around here.

–I’ve networked. That listening and gleaning of knowledge? It’s through networking that I find those wise souls. I’m taking part in 12×12 for the second year in a row, and am active on Twitter between preschool drop-off, and laundry, and meal making, and dirty diapers and dog walking.

–I’ve grown. I’m actually proud of what I’ve managed to do this last year. Did I make millions (HA!)? Nope. Did I sell a manuscript? Nope. Can you buy one of my stories at your local bookstore? Nope. Not yet. But I’ve enmeshed myself even further in this community that I’ve really come to love and respect. I’ve stretched myself. I’ve tried new things. And I’ve learned so, so much.

See you back here next year! Who knows what I’ll have to share then.

(In the meantime, check out my agency-sister, Joanna! Her debut picture book Always Mom, Forever Dad releases next month and is available for preorder NOW!) 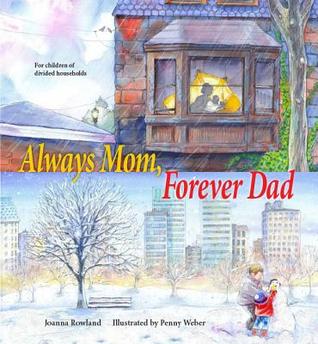